Mental health disorders affect millions of Americans’ daily lives. And despite the prevalence of available resources and an increased dialogue concerning mental health issues, these disorders continue to rise.

According to Mental Health America (MHA), 19% of American adults experienced a mental illness during 2017-2018. That is an increase of about 1.5 million people compared to data from 2016.

And let’s face it: the ongoing COVID-19 pandemic isn’t going to improve those numbers.

But it isn’t all bad news! One of the greatest tools we have in the battle against mental illness is marijuana.

Read on to learn how marijuana is positively influencing mental health.

Depression is an umbrella term for the most common mental illnesses in the United States.

There are several types of depression, including:

In all, experts estimate that about 16.2 million adults in the U.S. have at least one depressive disorder episode per year.

And no matter what form of depression a person may have, it is not something that goes away on its own. In fact, depression is a mental health disorder that tends to last a lifetime.

How Marijuana Can Help Depression

While people may not be able to fully heal their depression, there are many ways to deal with it and make it more manageable.

And yes, marijuana is one way.

Researchers believe that it is marijuana’s cannabidiol (CBD) compound that helps reduce depressive episodes. It could be because CBD triggers a response in the body’s endocannabinoid system, which in turn activates feelings of happiness.

It’s crucial to remember that marijuana seems to only help in the short term. If you have a depression diagnosis, it will not be helpful to replace your medications with marijuana as medications are a long-term solution.

Anxiety is another blanket term for a group of mental health disorders and is also very common.

The most common types of anxiety include:

While there are several common forms of anxiety, they share many common symptoms. Fear of a triggering event, social isolation, panic attacks, and restlessness are just a few.

How Marijuana Can Help Anxiety

Like with depression, research suggests that marijuana’s CBD compound helps to reduce anxiety. CBD may suppress neurotransmitters in response to an anxiety-triggering episode, thereby reducing symptoms of anxiety in patients.

Medical marijuana is a go-to anxiety-reducer in people with social anxiety and post-traumatic stress disorder in particular.

Most states include anxiety disorders as an acceptable reason for receiving a medical marijuana card, for one thing. But it is also because the science seems to back up anecdotal beliefs, too.

Additionally, it is also possible that low levels of THC, the psychoactive component in marijuana, helps to reduce anxiety in low doses.

Insomnia is the loss of sleep quality and quantity. It is a common side effect of many mental health illnesses and one of the most debilitating.

While people with depression and anxiety are prone to insomnia, there are millions of people across the country and beyond who experience it due to other issues.

People may experience insomnia for a vast range of reasons, including:

So there are many conditions that can cause insomnia, not just a mental illness. However, experts believe that insomnia can also increase the likelihood of getting a mental illness. It’s a troubling relationship.

How Marijuana Can Help Insomnia

Marijuana can be an effective treatment for people with insomnia, no matter the root cause. Marijuana helps calm the mind and body and may reduce occurrences of insomnia by restoring the body’s natural sleep cycle.

And, in addition to the mental health issues we already touched upon, like depression and anxiety, marijuana can also alleviate symptoms associated with Lyme disease, chronic pain, and inflammation. You can read more about this here.

As we have seen, marijuana may help alleviate:

Once researchers publish more studies touting the benefits of marijuana on mental health, there may be less of a social burden placed on the shoulders of people who use marijuana for its health benefits.

Any plant loaded with antioxidants, proteins, fatty acids, and other healthful chemicals should be celebrated and not demonized. 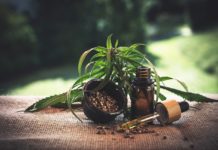 How Huile CBD Can Increase Your Profit! 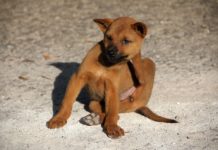 Can I give my dog Benadryl and melatonin at the same time? 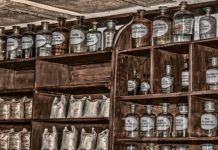 can ibuprofen kill you,