A news story from the Wauwatosa News: The following is a story about police responding to a call of a shooting at the corner of E. Lake and W. Lake, the scene of a homicide. Police say a suspect was in a car when he was shot. The suspect was pronounced dead at the scene. Anyone with information is asked to call the Wauwatosa Police Department at (414) 954-7000.

The Wauwatosa Police Department is the police department of the city of Wauwatosa, South Carolina. You can go to the Wauwatosa News website to see the story, but it is only a few days after the shooting that you can see the shooter.

The crime scene has been secured. The suspect is still being sought.

A white male in his 30s has been booked into the South Carolina State Prison in Wauwatosa on a murder charge. It is believed the suspect was a member of a large family and may have been involved in other crimes.

It’s not clear yet how or why the suspect became the shooter. But police say he used a handgun to kill at least five people. It’s unclear if the shooting was an isolated incident or not.

The shooting happened in a home on the 300 block of Wauwatosa Street. In addition to the suspect, the shooter is also believed to have been injured. According to Wauwatosa police, two others are also injured. They say the suspect is in critical condition at the hospital. It is unclear if this shooter was connected to any other incidents at the scene.

The incident occurred in the same block of Wauwatosa that is home to the city’s largest homeless population. But that is where the shooting began. Police say the suspect fired a weapon at least once at the front door of the home. They also say the suspect is believed to be carrying a firearm.

The shooting happened at around 4 p.m. Officers say their patrol had just arrived at the home. A woman was inside the home and she was shot in the left shoulder while she was taking a shower. The suspect was spotted at the back of the home, shooting at the front door. He then fled the area and was apprehended by officers at a nearby home.

The incident is still under investigation. As for what happened, officials are not releasing information at this time.

Wauwatosa police say the suspect is a white male, about 5-1/2 feet tall and approximately 180 pounds. He was wearing a blue button down shirt, blue jeans and black shoes, and was last seen running westbound on a trail about three blocks from the scene. If you see him, please call Crime Stoppers at (800) 222-TIPS. 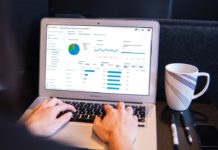 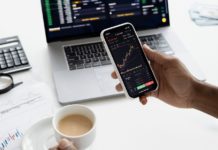